A Letter To Me 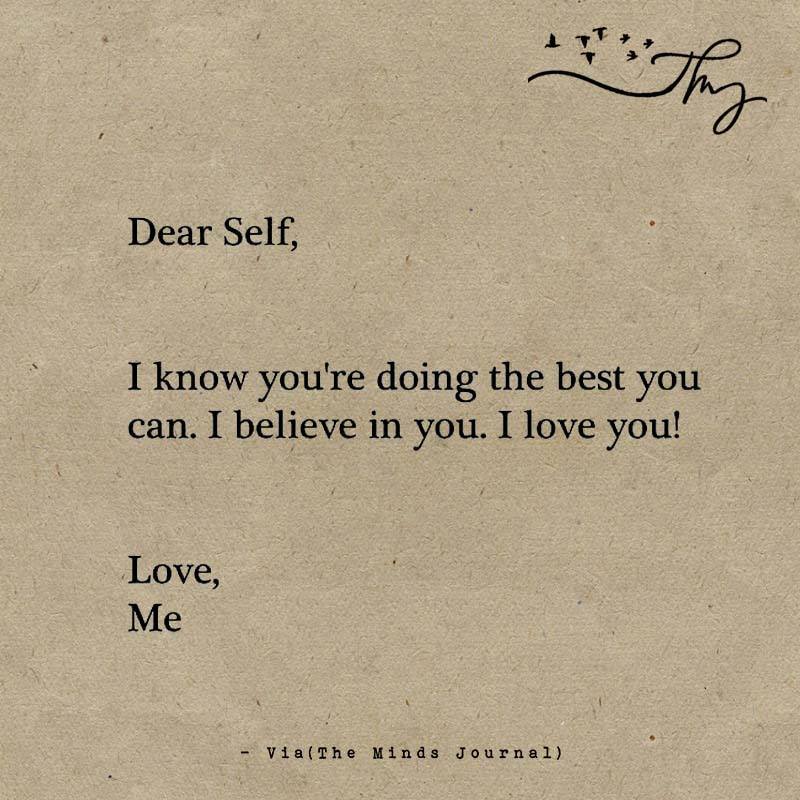 This is you. This is me. This is time separating the two of us talking, but what I have to tell you is timeless. Hindsight is always six-by-six, but I’ll still ask you to take what I say without a pinch of salt. Because, exactly like you, this morsel is enough.

You were once the little girl who looked up innocently, hand outstretched, receiving the gift your grandfather brought you home. A gift called a fairness cream. You were once the cheeky little girl who took that very tube of fairness cream into the backyard, and doodled with the pasty white cream that smelled like a meadow of flowers and promised whiteness. You were enough, then. You are enough now.

You were once the pre-teen who sat in class as two teachers compared your complexion to that of someone they knew, so that they could swap “daadima-ke-nushke” to “cure” the other person of darkness. You were the girl who looked on quietly as they rubbed your cheek with an index finger, and asked you to look up and down, and show them your hands so they could judge your skin tone. You were the girl who received unsolicited advice about how you should use besan and chandan on your skin, because you were too dark. You were enough, then. You are enough, now.

You were once the teenager who was never selected in the school play because you were “fat” (by the way, fat is a shape, not a feeling, not an emotion, and does not entitle anyone to use as a basis discriminate against you). You were the girl who practiced lines in front of the mirror for nine auditions, sure you’d win the part each time. You were also the girl who gave into the wrong message others sent you about your size when you looked in the mirror the tenth time. You were enough, then. You are enough, now.

You were the girl who went to college dressed in a crisp white uniform only to be told by a nosy neighbor that white is not your colour. You were also the girl who wore a beautifully cut suit to argue a case at a moot court competition to be told that your build doesn’t go well with a suit. You were also the girl who was told to take pretty pills to be good looking, to use face powder to try to be white. You were the girl who was asked if you were “terminally ill” when you lost weight. You were enough, then. You are enough, now.Today, as these little monsters try to claw at you every now and then; when someone ruthlessly used the N-word at you, when you use filter after filter after filter on Instagram to get the perfect mix for your photograph – so you have no zits and a pearly complexion at least in the photograph; when you think you are not good enough… You were enough, then. You are enough, now. And you will always be. Try that on for size. It fits, perfectly.

Kirthi Jayakumar is an Indian women's rights activist, a social entrepreneur, a peace activist, artist, lawyer and writer. She founded The Red Elephant Foundation, an initiative built on storytelling, civilian peace-building and activism for gender equality. She is the author of Stories of Hope, a collection of short stories; The Dove's Lament, also a collection of short stories.