My relationship with my Facial Hair 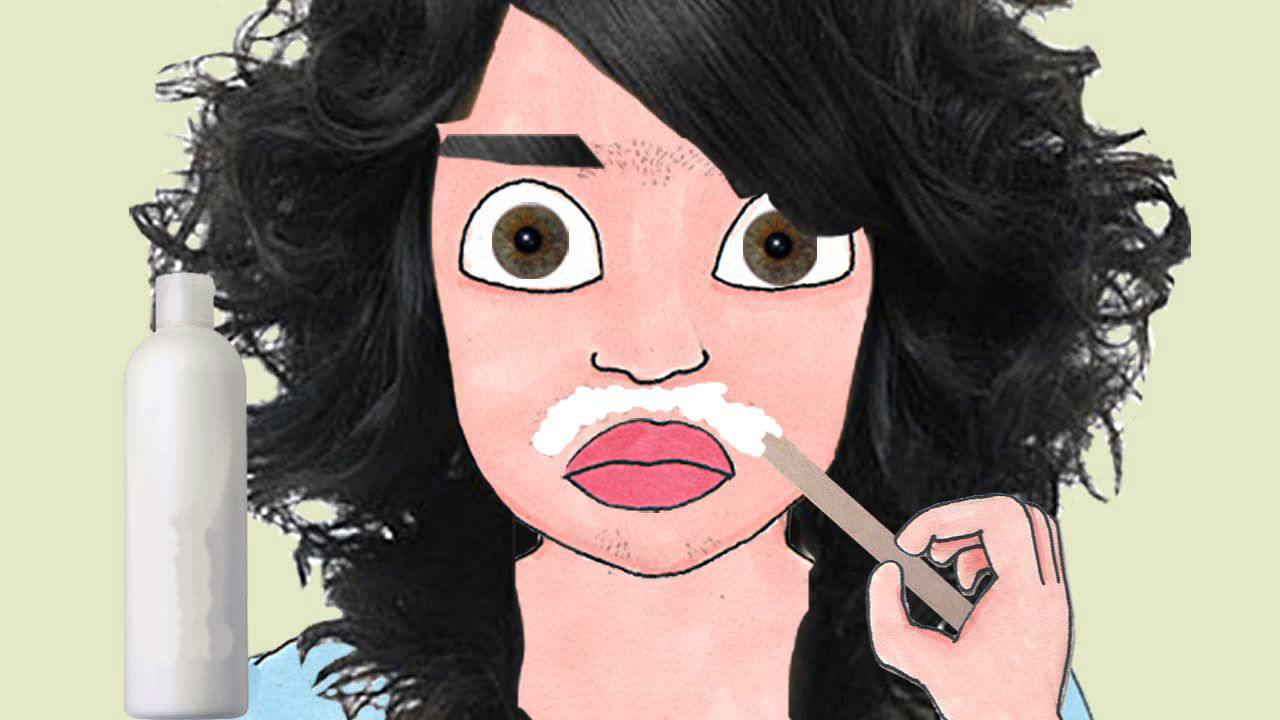 I remember it was 2006. I was playing some car-racing game on my Windows XP computer when my older brother came up to me and told me that I was turning into a boy. I screamed and went to check myself in the mirror. There was nothing. I asked him the reason he was messing with me. He laughed and pointed to my upper lips, and for the first time, showed me my moustache. And he was, to my utter humiliation, right. I was humiliated to the extent that I wanted to drop out of school because of this reality. Actually humiliation might just be one of the many feelings, I was disgusted.

Thank God, 2006 was the dial-up era of slow internet where google managed to open after a few clicks. I immediately googled my ‘symptoms’ (well something was wrong with me!!!) and surprisingly (or shockingly) found that I was suffering from puberty, and hair on my upper lip was just the tip of the iceberg and I was destined to get a few more hair and there. Of course, the next google search that followed (on incognito mode), was how to get rid of these little devils. Unfortunately, wiki-how wasn’t available to our rescue then, so I had to click on each and every suggestion of the first two pages to make a trustworthy list of all the solutions available. Parlor, waxing, threading, laser and basically anything that involved me going out and spending money was outrightly rejected. I was 12. I wasn’t allowed to go out, let alone spend money. So, I only had two solutions to my problem: shaving it off, and rubbing some mixture of oatmeal, honey, diamonds, DNA of a mermaid etc. And that’s how, at the tender age of 12, my secret weekly routine of stealing my grandfather’s shaving kit and shaving off my moustache began. But that was just the beginning, the beginning of a decade of insecurity over my little facial hair, which honestly, more often than not, were only visible to me. ​Puberty began its magic and cursed me with a dense forest on my face. I actually imagined a hidden castle in my moustache. I compared it to that of nathulal’s and virrapan’s. I had accepted my faith - I was ugly and I was not allowed to get attracted to boys.

Fortunately the age of 18 gave me a ray of hope, because I was diagnosed with polycystic ovaries. The doctor told me the level of testosterones (the guy hormone) was high in my body and as a result, I have facial hair. I was relieved, at least then. I finally had a solution to become beautiful. I could take medicines and settle my hormone levels and get rid of facial hair. So, as prescribed I started taking pills, 4 every day: some for my boy hormones, some for something else, and some to control my lady hormones. I took the pills for months, and every time I looked in the mirror, I became more convinced that my facial hair was disappearing. It was hopeful.

If only I realized earlier it really wasn’t, I would have spared myself of two horrible years of ridiculous unnatural medicines. But I didn’t notice that until I was 20. My personal threading routine and pills kept me convinced that my moustache was disappearing. My confidence boosted for 2 days after my routine was complete, because the third day I was again back to my moustache glory.

Then one fine day, I noticed a small hair on my chin. It was tiny, practically harmless. But oh boy! it troubled me, BAD. I was horrified for days and wanted to wear scarfs in hot summers, just so I could hide my face. So, I googled, again. This time suggestions like waxing, bleaching, laser didn’t scare me. I was delighted that I have a solution. So, I routinely applied bleach and got waxed, whatever seemed feasible. Before any gathering or outing, my mandatory routine was to tweeze out any tiny strand on my face. My facial hair was overpowering me, and I succumbed and became their slave.

My summer vacations came, and I went home after a long time. It had been six odd months since my mother had seen me. “What happened to your face!!!” was the first reaction she gave, when she saw me after six months. As soon as I went home I noticed, there was, in fact, some change. The skin wasn’t bad, but it had spots. It seemed clean, but it was dull. I knew it was the after effect of my facial adventures.

So of course, the next step was to spend money on better beauty products: all natural, organic, black charcoal, fuller’s earth, everything. I spent tons of money, because I needed the best. It had been 9 years since I was handling my facial hair and I knew I could find some way out. I will have to deal with it till the time I accumulate enough money of my own to get a high-class laser treatment. My expenditure on beauty products increased many fold compared to my other expenditures. I tried every beauty product with a routine of the most expensive face waxing. Oh! did I forget to mention it was the most painful hour of my month? It continued for years, I distinctly remember. It was a significant part of my existence, my moustache removal routine.

But I can’t remember, when it stopped. It just happened one day. I got tired of all the waxing routines and the expensive products. So I took a trip to the doctor again, after ranting and questioning for hours, I realised my syndrome can’t be cured but only controlled. For all these years, my obsession to get rid of my moustache was pointless because it would always be there. I realized that even after spending money on every affordable solution available, it was a never-ending cycle, repeating itself every month. The worst part was, the number of days between two routines continued to decrease. From a once in two-month routine, it transitioned to a monthly routine, to a once in a fortnight routine. I realized that the day I got my face waxed, I looked like a person whose face was bit by thousands of bees. The insecurity had grown so much that I started cancelling invitations to parties if I had no means to take a round of the parlor before going to the event. I knew there was something wrong. Something so insignificant was becoming the concern of my every action.

It wasn’t easy. It took months. But it happened. I had to get out of this slavery. I took baby steps where I just pushed myself to not remove my facial hair till I really felt embarrassed. But it was a disgust to see my face in the mirror every time. I saw that 12 year boy my brother introduced me to. Eventually, I made the decision of not looking in the mirror altogether. I spent less on beauty routines and saved money for small daily adventures. I just pushed and pushed myself through this embarrassment.

I was comfortable not looking at my face in the mirror. But had to come to terms with it. My stomach churned everytime I made the bold move of stepping out with my glorious moustache. You ever get that sinking feeling of embarrassment when your dream turns to that nightmare where you see yourself naked in public? It was that to me, exactly. I was reluctant to talk to my friends, especially guys, just because I thought they will make fun of me. They did sometimes, but it wasn’t harsh really. Their jokes made me choose the path of humor. I disguised my embarrassment in humor every time someone pointed to my nathulal (that’s what I named it). It was a long time before months went by and I found myself sporting my facial hair in full glory. One day I realised I had not thought of removing my moustache for three weeks. So I looked in the mirror to check how grossly big they’ve come out. I barely noticed anything till I really zoomed into the mirror. That’s when it hit me. It was okay to have some flaws in your body. Isn’t it better to have facial hair than have a personality that’s infectious to others? My moustache is doing no harm to anyone. And that realisation made me forget about my, so called, problem. It is there of course, my moustache underlining my nose in its full capacity. But now I barely notice it till I want to. And you know what the best part is? No one else seems to notice either.

Shradha Thapliyal is a Masters student at Azim Premji University and a Research Assistant at One Future Collective. A graduate of Dr. RML National Law University, Lucknow, she is currently specialising in Law and Development, and has a keen interest in specific field studies of social issues presently concerning the Indian Society.