The Hymen: All You Need to Know (Un-sanskaari Version) 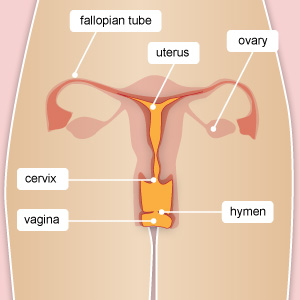 Hymens have, by and large, come to be associated with the concept of virginity rather than with anything else, which in itself is s quite problematic. The reigning belief, across generations, has been the fact that the hymen breaks (causing subsequent bleeding) when you first have penetrative sex, and hence the presence or absence of a hymen determines whether or not one is a virgin. But not only is this notion thoroughly flawed, it’s also indicative of the kind of patriarchal emphasis that is constantly put on a woman’s ‘virgin’ state, which is both simply social construct and a means to police female sexuality. The hymen, on the other hand, is an organ with functions and needs of its own, completely separate from the false patriarchal narratives that have emerged around it.

What is a Hymen Anyway?

A hymen is nothing but a protective membrane or tissue-like structure that surrounds a woman’s vagina, with an opening that often differs in size or shape. The structure is held more firmly in place during pre-adolescent stages, but, contrary to popular belief, the hymen actually wears off gradually after puberty due to various different factors (vaginal discharges, vigorous athletic activity, and so on). Sex is absolutely not necessary for the hymen to soften and eventually wear off – in most cases, it wears off even before one has sex.

A Hymen Without An Opening? Is That Good?

An imperforate hymen (or a hymen with no openings) is actually a serious anomaly, resulting in constant abdominal pain and often requiring surgery to correct it. When the hymen does not have any openings, it becomes difficult for the menstrual blood to flow out of it, which leads to the excessive pain. It’s important to get tested for such a condition in an early age and take the necessary medically-prescribed corrective measures, because it can cause complications with sexual intercourse or pregnancy at a later stage.

How Does A Hymen Break?

As mentioned earlier, hymens wear out over time due to a lot of different reasons, which aren’t linked to your first time having sexual intercourse. Although the general notion is that the partial rupture of a hymen during your first sexual experience is its “breaking”, that’s absolutely not the case. Hymens are elastic in nature, and their elasticity actually varies from person to person, and hence, it is impossible to quantify this “breakage” of a hymen during sex. In case the hymen hasn’t already been worn out by various activities, and has average or low elasticity, a part of it is ruptured during intercourse, which causes bleeding. The more “fragile” hymens wear out very easily, whether it’s from age or aggressive movements or sports. But there are also hymens that are extremely elastic, which can be stretched when having sex without breaking if there is a sufficient opening. Besides, sexually active people can still have hymens because hymens are not indicators of sexual activity. Hymens that are more elastic can stretch and be with you your entire life.

Does The Breaking of the Hymen Cause Bleeding?

Women do sometimes bleed during or after sexual intercourse, but to equate it with the breaking of the hymen is naive. When the woman is not lubricated enough, or when the sex is too rough, or when there are internal infections or sexually transmitted diseases involved, all of it can cause bleeding one way or the other. Sure, sometimes the partial rupturing of the hymen causes bleeding too, but not all the time!

There is No Way To Prove Your Virginity

Scientists have repeatedly talked about how virginity is largely a social construct. First of all, there is no clear definition of what it means, whether it is only indicative of penetrative heterosexual intercourse, or whether it involves other factors. And besides, the concept of virginity has always been directed towards women’s bodies with the intention of somehow stigmatising their natural sexual urges, to keep them bound within certain patriarchal structures. And hence, the use of the hymen argument – concrete proof of whether or not a woman’s hymen is “intact” – to prove whether or not a woman is a virgin, or “sexually pure” (something previously used in sexual assault cases) is not just bogus and sexist, but also has no scientific or medical grounding.

So, there it is. Your hymen’s basic job is not to be an indicator of your sexual availability or activity, but is to basically be a protective membrane that manifests differently in different women, some breaking easily, while some staying more permanently. It’s important to treat it as yet another organ and divest it of its patriarchal undertones.

Rohini Banerjee is a 23-year old freelance writer who is passionate about issues relating to gender, sex, and sexuality. She's also an advocate for mental health awareness, queer rights, and education, while balancing an abiding love for literature and popular culture.